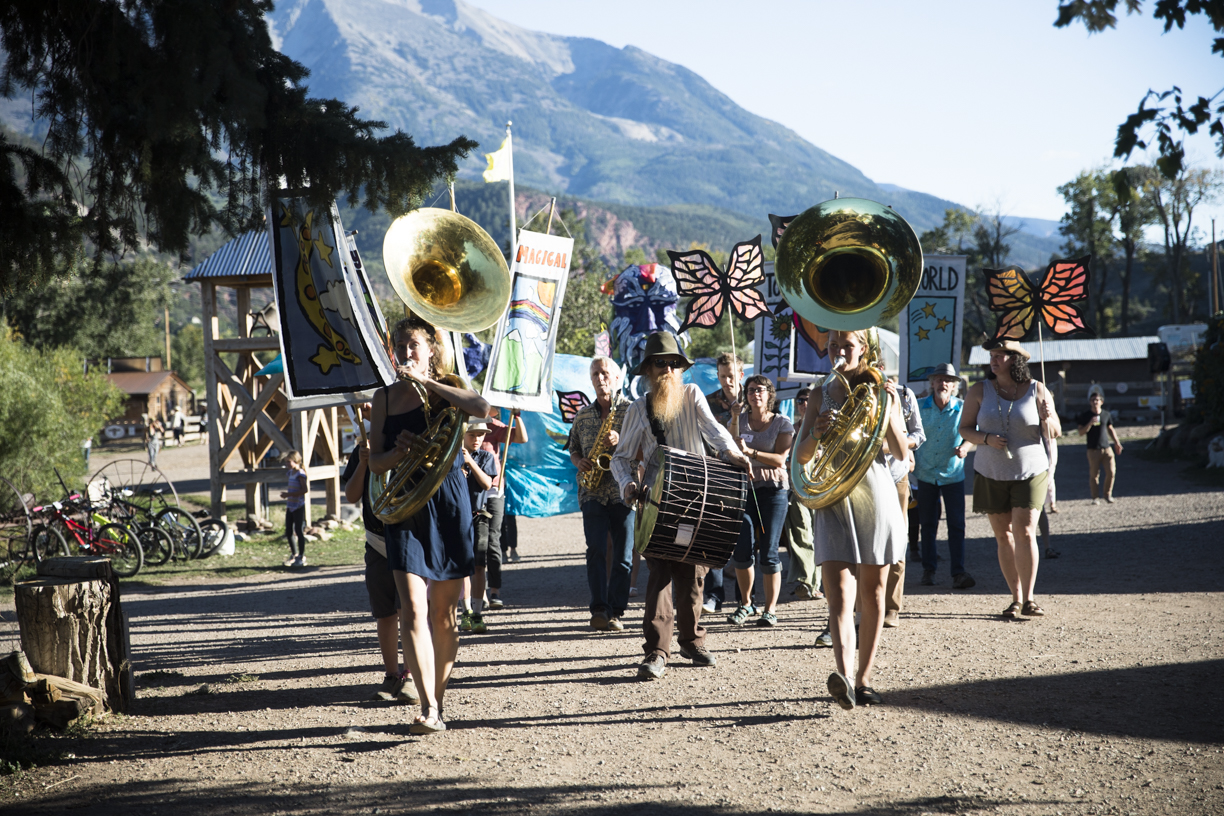 The multi-award winning North Fork Valley Community & Parade Band has been groovin’ locally since 2015 and is co-directed by Jeannette Carey and David Alderdice. It is a mixed ages community band (sponsored by The Learning Council) that meets Monday evenings in Hotchkiss from 6:00-7:30pm. Their repertoire consists mainly of groovy tunes from New Orleans and the Balkans with traditional tunes from around the world and funk songs from American pop culture sprinkled in.

Jeannette Carey is the Choral and Band Director for the 6th through 12th grades at the Hotchkiss K8 and Hotchkiss High School. She sings as well as plays the flute, marimba, guitar, and sousaphone in different music groups including the Grizzly Pears and the Embodying Rhythm Marimba Ensemble. Besides music, she enjoys hiking, ultimate frisbee, and basketball.

David Alderdice is the founder and lead teacher of the Embodying Rhythm School of Percussive Arts in Hotchkiss and is the Artistic Director of the World Music in Paradise Concert Series in Paonia. He is a sought after music educator who composes and arranges music as well as plays drums, percussion, marimba, and melodica in different music groups including FEAST, the Grizzly Pears, and the Embodying Rhythm Marimba Ensemble.

If you would like to come rehearse with us and join the band or the puppet troupe, please contact David at 970-872-4238 or Jeannette at jmcarey10@gmail.com